Resomaz, Mazatlan's Imaging Center
Here is what you are going to find in the following pages:


All of the images below are "thumbnails."
To see the full size pictures, just click on them 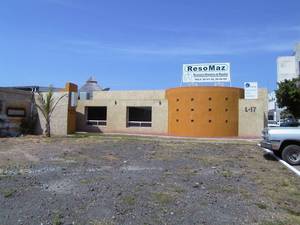 If you have any nagging aches and pains that you can't get to the bottom of, you might consider spending a morning or afternoon here, at Resomaz, and letting Dr. Mock and his staff get to the bottom of it. An MRI in Mazatlan is less than half the cost of a comperable one in the USA, and Dr. Mock's diagnostic skills are second to none. It just might be the best health investment you ever make! 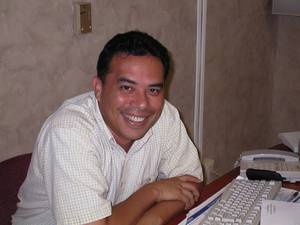 About two years ago (2000) our friend, Enrique Mock, started Mazatlan's first MRI diagnostic imaging facility. Before that, we had to travel to Culican, a two and a half hour drive away, in order to get an MRI. We have had several scans done by Enrique, and have always been happy with his professionalism and quest for finding the answer to our problems.

Dr. Enrique Mock was born in Lima, Peru in 1962. Even at an early age, he always knew that he wanted to be a doctor. He loved animals, and always felt the need to be helpful to people. In school, he discovered that biology was easy for him, and when the time came to graduate, he applied to medical school in Guadalajara. I asked him why he came such a long way to go to med school, and he reminded me that back in 1981, when he started med school, things were very scary in Peru. This was at the height of the Shining Path rebellion, and the corresponding military crackdown. Mexico was a much safer and more tranquil place to be.

It turned out, that he made a very good decision. Not only did he fall in love with Mexico, but during a spring break he decided to visit Mazatlan, and fell in love again, with our wonderful city. Then a few years later he met and fell in love with with Anna Chang, who is now is wife and has her own thriving plastic surgery practice here in Mazatlan. But I'm getting ahead of myself.

After med school he moved to Mexico City and trained at MOCEL hospital for 3 year in radiology. Then he worked at the National Cancer Institute in Mexico City and got his first exposure to an MRI machine. Four months later he moved to the Hospital Angeles, where he was mentored by Dr. Berlanga, who was Mexico's first and foremost MRI expert. It is there that he learned all about the physics and protocols of operating an MRI machine. During a vacation to Mazatlan in 1993, he discovered the newly built Sharp hospital, and decided to interview with them. They offered him the position of chief of radiology, and promised to obtain an MRI machine as soon as possible. This brings us to the winter of 1994, when Mr. Salinas left office and the peso went from roughly 3 to the dollar to 6 to the dollar in a day. The ensuing financial crisis put the acquisition of an MRI machine for Sharp Hospital on hold indefinitely. Then, in 1998, Enrique met his future partner, Dr. Correa, who as planning to retire in Cabo San Lucas but was also bitten by the Mazatlan bug. They stayed in touch for two years until in early 2000, conditions were finally right for Enrique to pursue his dream, the purchase and operation of an MRI machine for Mazatlan.

Well, it wasn't easy. There were roadblocks at every turn, from bringing the equipment through customs into Mexico, to finding a reliable supplier of liquid helium to cool the magnet, but on October 24, 2000, with the magnet cooled to -270 degrees Celsius, (that's even colder than Minnesota) the machine came to life and the first images were taken.

I asked Enrique how he came to be a radiologist. He replied that he has always been a visual thinker and an analyst. "My eyes are better than my hands." he said. "When the first ultrasound machine came to Lima, I discovered that it was easy for me to get good images of patients, and it was exciting to actually be able to 'see their disease', and from then on, I was hooked." he explained. To this day, the most interesting and exciting part of medicine for him is the discovery and diagnostic phase, and never has there been a better tool for making diagnoses than an Magnetic Resonance Imaging machine, or MRI.

Quote of the day:
Water, taken in moderation, cannot hurt anybody.
Mark Twain